SMH @ Kanye West up to his antics.

Asshole Kanye West up to his antics again at Taylor Swifts expense. 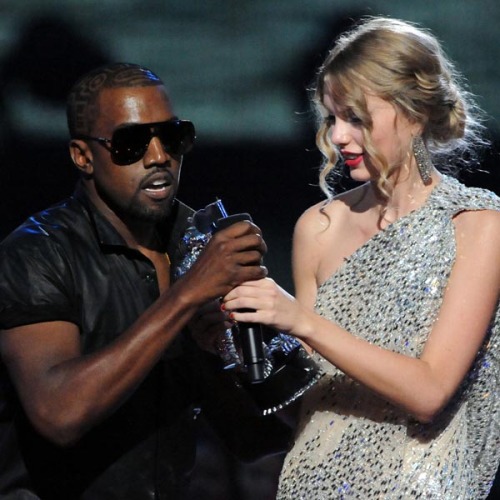 Last night the world watched on as Kanye West once again made an ass of himself on national television. The MTV VMA’s which aired last night gave it’s “Best Female Music Video” to country singer, Taylor Swift. IDK much about Swift, but from watching the awards she seemed like a pretty humble nice young lady, while accepting her award, Kanye aka God (in his head) came on stage while Taylor Swift was giving her acceptance speech in awe and grateful that she received her FIRST MTV VMA award, grabbed her mic and went on saying that Beyonce should have won the award. The camera went on Beyonce as this stupidness went on and you can see the embarrassment on her face. 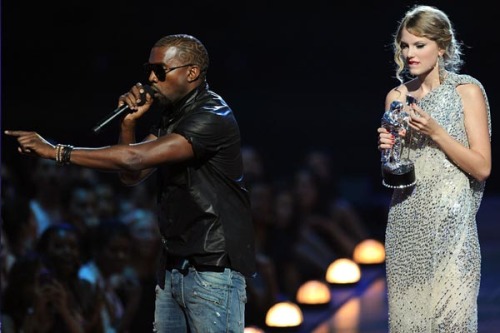 Promptly after his tirade, as Taylor Swift stood on stage stunned, pop artist Pink allegedly had to be escorted away from Kanye because she was so upset that he would pull a stunt like that she was gonna pop off with him. I Love Pink, she keeps it 100, (and her performance was off the chain as well). Kanye went on by flipping off the audience, and after being asked to apologize to Taylor Swift, in which he refused he left the show. Taylor Swift didn’t get to finish her acceptance speech at that time. Beyonce then won the MTV VMA “Video of the Year”, an award which she has been up for 8 times and never won, so this was a first for Beyonce also, but feeling remorseful for Taylor Swift, she let her finish her acceptance speech instead of doing her own acceptance speech, stating that she (Beyonce) remembers how it felt to win her first award, and she wanted Taylor Swift to have her time. Now thats what you call CLASS.